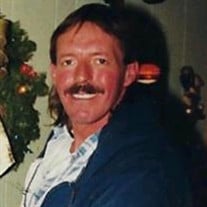 Robert Allan Rilling, 66, of Toddville, Iowa, passed away Tuesday, November 3, 2020, at his home in Toddville. Murdoch Funeral Home & Cremation Service in Marion, Iowa, is assisting the family. Robert was born December 20, 1953, in Spring Grove, Minnesota, the son of Joel and Mavis (Folkedahl) Rilling. He graduated from Marion High School. Robert worked as a welder most of his life, retiring in 2015. Robert was united in marriage to Angela Teymer in 1986, they later divorced. He enjoyed rebuilding cars with his brother-in-law, Mike and going to mud runs on Wilson Ranch. Robert also enjoyed his Harley Davidson and spending time with his grandchildren, teaching them new jokes and dance moves. He was a simple, stubborn man, with a contagious sense of humor, and will be greatly missed by all who knew and loved him. Robert is survived and lovingly remembered by his mother, Mavis Rilling of Minnesota; two daughters, Amanda (Allen) Burgess of Marion, and Sara Rilling of Coggon, Iowa; two sons, C.J. Rilling of Marion, and Coleton Rilling of Springville, Iowa; six grandchildren, Aedyn, Audryana, Alexandra, Byrnlee, Ivy, and Haizleigh; one sister, Lois (Mike) Maxfield of Robins, Iowa; and his dog, “Spot-dog”. He was preceded in death by his father, Joel Rilling.

The family of Robert Allan Rilling created this Life Tributes page to make it easy to share your memories.

Send flowers to the Rilling family.