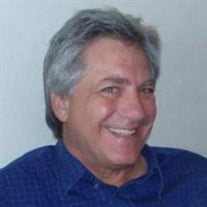 Robert Allan Schueler, 69 of Mount Vernon, Iowa and formerly of Marion, Iowa, passed away on Wednesday January 19th, 2022, following complications of a stroke at the University of Iowa Hospitals & Clinics. Please feel free to come and join the family in celebrating Robert’s life, which will be held from 3 to 6 p.m. on Saturday, January 29th, 2022, at The First Street Community Center, in the library, located at 221 1st Street NE, Mount Vernon. A private family committal service will be held at a later date at Cedar Memorial Park Cemetery in Cedar Rapids, Iowa. Robert, or as many of his devoted friends and family who knew him best, “Bob” was born on September 12th, 1952, in Cedar Rapids, Iowa, the son of Ronald “Ron” and Ruth Marie (Hense) Schueler. For Ron and Ruth Marie, both devoted and loyal Iowa Hawkeye fans, the birth of their son provided them with a much-needed distraction in the fall of 1952, as Iowa went 2-7 that year in football. Robert joined his older sister Joan in helping round out the family of four that would call 900 17th Avenue in Marion “home” for decades to come. Robert graduated from Marion High school in 1970, and went on to attend Cornell College in Mount Vernon, where he obtained a Bachelor’s in Science in Counseling Psychology. Who would have thought that particular degree would come in handy, but it explains a lot to anyone who had ever spent even 15 minutes with Robert. Robert aka “RASA” (Robert Allan Schueler Artist), was a man with a million thoughts, ideas, goals, and dreams. His art was not just in picture, print, sculpture, but thought and idea too. He would always greet you with a big smile and “hello” to go along with it. Robert was never timid or shy, and he always enjoyed meeting new people. He was never a man that was short on discussion topics or plans on making change. Robert always stood strong behind those beliefs and truly was passionate about every one of them. He was always full of small gestures, providing journals, books, pictures, or even random great finds Robert came across at a Goodwill that he thought you might enjoy. His first of many efforts of change came in the year 1986. Robert joined the Peace March across America and even took his efforts to Russia too. Over the years, Robert had the great pleasure in living in a variety of great locations including San Diego, California; Aspen, Colorado; and Taos, New Mexico. Always in tow with him were his honorable and loyal dogs, first “Orvis” and then “Charlie”. After being away from Iowa for many years, it was time in 1990 for Robert to come back home. It wasn’t until June 22nd, 1999, that his life would change forever. Robert and Shari Miller were blessed with a son, Makiah. It was easy to see that the two would be best friends for life. His passion and love for art and change now gave Robert a greater purpose in life. Makiah meant the world to him. Robert is survived and lovingly remembered by his son, Makiah Miller of Iowa City, Iowa; Makiah’s mother and Robert’s former partner, Shari Miller of Mount Vernon; sister, Joan Long (Schueler) of Ames, Iowa; three nephews, Eric (Aleisha) Nesset of Los Gatos, California, Brad Nesset of Ames, and Kirk (Amy) Nesset of Bondurant, Iowa; and three cousins, Tom Kee of Racine, Wisconsin, Mary Hense of Orlando, Florida, and Jim Hense of Pittsburgh, Pennsylvania. He was preceded in death by his parents, Ron and Ruth Marie Schueler; and his brother in-law, Robert Long. In lieu of flowers, memorials may be made to the family for the trust fund established for his son, Makiah. Robert would have wanted you to know this, “May infinite and eternal blessings be present in your every step and every breath as you pass ever so quickly through this lifetime”. May you rest in peace, Robert Allan Schueler Artist.

Robert Allan Schueler, 69 of Mount Vernon, Iowa and formerly of Marion, Iowa, passed away on Wednesday January 19th, 2022, following complications of a stroke at the University of Iowa Hospitals & Clinics. Please feel free to come and join the... View Obituary & Service Information

The family of Robert Allan Schueler created this Life Tributes page to make it easy to share your memories.

Send flowers to the Schueler family.