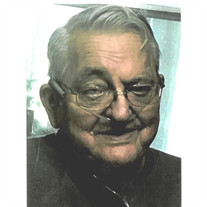 Ronald L. Kneisel, 80, of Cedar Rapids, Iowa, passed away Sunday, October 25, 2020, from declining health issues. Celebration of Life: 3 – 6 p.m. Wednesday, October 28, 2020, at Murdoch-Linwood Funeral Home & Cremation Service, Cedar Rapids. All guests are respectfully requested to wear a mask and practice social distancing. A private burial will take place at Sunnyside Memory Gardens, Charles City. Ronald was born on July 28, 1940, in Charles City, Iowa, to Milton and Helen (Baehne) Kneisel. He graduated in 1959, from Charles City High School. After relocating to Cedar Rapids, there he worked for Northwestern Bell, Newell Industries, and later retiring from Rockwell Goss in 2001. He married Virginia “Gin” Lane in 1974, in Charles City. They raised her two sons; Larry and Jerry, and their daughter, Carrie. The most important parts of his life were street rods, racing and above all, family. Those left to cherish his memory are his wife, Gin; sons, Larry and Jerry; daughter, Carrie (Doug) McArtor; sister, Nancy (Glenn) Johlas. He was loved by his grandchildren, several great-grandchildren, nieces; and great-niece and nephew. Ronald was preceded in death by his parents and brother, Russell. Memorials may be directed to the family.

The family of Ronald L. Kneisel created this Life Tributes page to make it easy to share your memories.

Send flowers to the Kneisel family.