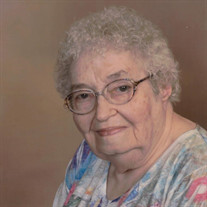 Shirley Ann Nove, 87, of Marion, died Saturday, July 31, 2021, in hospice care at Hiawatha Care Center. The family will greet visitors from 4 to 7 p.m. on Tuesday, August 3, 2021, at Murdoch Funeral Home & Cremation Services in Marion. A private burial service will take place at Czech National Cemetery, Cedar Rapids, Iowa, followed by her funeral service at 11:00 a.m. Wednesday, August 4, 2021, at First Presbyterian Church in Marion conducted by the Reverend Dr. Nancy Redman. The family respectfully requests guests to observe covid precautions to protect the vulnerable among us. Shirley was born on October 30, 1933, in Greenfield, Iowa, to Earl and Elsie (Frizell) Saffer. She graduated from Greenfield High School and Iowa Methodist Nursing College in Des Moines, earning her RN certification in 1955, after which she worked as a pediatric nurse in California and at Iowa Methodist Hospital. On a trip with a friend to see the Hawkeyes play in the 1959 Rose Bowl she met her future husband on the train. Her children are eternally grateful that the Hawkeye football team were Big Ten champions in 1958. It’s a wonder they aren’t big Hawkeye fans like she was. She married Wayne Eldon Nove on September 11, 1960, in Cedar Rapids. The home they purchased then in Marion is the same home where Shirley lived until entering hospice. They joined First Presbyterian Church in Marion, where Shirley was recently recognized as a 60-year member. She worked at St. Luke’s Hospital until starting a family; her three children were born within thirty-one months of each other. When the kids were old enough to fend for themselves, she resumed her career as a nurse, working the overnight shift at Willow Gardens Nursing Home in Marion for twenty years until retiring in 1995. Shirley was an ordained deacon and a long-time volunteer at the Helping Hand Store at First Pres. She loved cats. She enjoyed needle arts, sewing clothing for her young family, and creating embroidery, cross-stitch, knit, and crochet pieces. Shirley also cut tens of thousands of fabric squares by hand for the quilters at First Pres. She loved good stories, cats, and good stories about cats. Shirley was old school: she wrote in genuine Palmer method cursive script, never drove a car, never typed on a keyboard or operated a computer, never used a cell phone, and took pictures on film cameras. She kept in touch with friends and extended family with cards, letters, and phone calls. Her superpower was the inability to walk past a four-leaf clover without tripping on it. She is survived and lovingly remembered by her children, Charles Nove of Minneapolis, Minnesota, Lisa (Michael) Ahrens of Norwalk, and Emili (Donald) Grissom of Robins; grandchildren, Adam (Elizabeth) Ahrens of Lee’s Summit, Missouri, Alyssa (Brian) Bendickson of Le Mars, Megan Grissom of Cedar Rapids, Dylan (Quynh) Grissom of Waukeegan, Illinois, and Miranda (Paul) McElroy of Oskaloosa; great-grandchildren, Clara Ahrens and Carmen Bendickson; her sister, Ethel Herrig of Des Moines; and her much-beloved cat, Sophie. Shirley was preceded in death by her parents; her husband, Wayne; and a great-granddaughter, Libbi Bendickson. Shirley’s family wishes to extend special thanks to family friend, Marlene Lacy, for using her powers of intimidation for good in advocating for Shirley’s healthcare for many years; all the caregivers in the St. Luke’s surgery unit, the St. Luke’s hospice team, and at Hiawatha Care Center who looked after Shirley in the last month of her life; and the friends, neighbors, deacons, and pastors at First Pres who have supported her. Memorials in Shirley’s name may be directed to First Presbyterian Church, 802 12th St, Marion, Iowa 52302.

The family of Shirley Ann Nove created this Life Tributes page to make it easy to share your memories.

Send flowers to the Nove family.