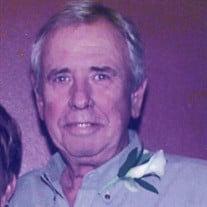 Steve Schmidt, 73, of Cedar Rapids, Iowa, died Sunday, December 20, 2020 at his home, family by his side. Born May 29, 1947, near White Plains, New York, the son of Robert and Elizabeth (Creedon) Schmidt, Steve’s family, just six short weeks after his birth, moved back to Terre Haute, Indiana to be nearer to family. Steve spent his early childhood in Indiana, growing up with his maternal grandmother, several aunts and uncles and many cousins who were not only family but became his best friends and confidants. One cousin remembers, “When we were children, we would swing on my swing set in the back yard, and Steve would imitate the most realistic airplane noises. I was very impressed.” During his sophomore year in high school, Steve’s family moved from Indianapolis to Cedar Rapids, Iowa, where Steve attended Regis high school and played varsity basketball. Upon graduation from Regis in 1965, Steve accepted a full scholarship to play basketball and attend Upper Iowa University. Later, he also briefly attended Indiana State University. However, with a life-long passion for aviation, Steve soon decided college was not his path and instead enlisted in the Air Force, serving honorably from 1966-1968. After his enlistment, Steve continued to pursue his passion for aviation. Quickly earning all of his civilian pilot ratings, Steve became a flight instructor in Iowa City and later flew professionally as a corporate pilot for several companies. A born salesman, however, Steve’s career in aviation ultimately led him to selling corporate jets, where his client list was a veritable “who’s who” of business leaders and celebrity entertainers. After retiring in 2007, Steve returned to Cedar Rapids to be near his aging parents. During this time he rekindled many past friendships from high school and beyond. It was also at this time that he met Teri Core. Steve and Teri married on September 26, 2009. A third marriage for Steve, he liked to smile and shrug and say, “I finally found someone who would put up with me.” They remained happily and passionately married until his death. Steve was preceded in death by his parents, Bob and Betty Schmidt. He is survived by many co-pilots and cousins, sons and a daughter, business partners and life partners, a wife and ex-wives, teammates and friends, lovers and rivals, clients and coworkers, doctors and nurses, neighbors and bartenders, dogs, fish, one parakeet, and one mother-in-law, all of whom will miss him terribly. As per his wishes Steve has been cremated, and there will be no services held at this time. In lieu of flowers, donations may be made to Hospice of Mercy in care of the Mercy Medical Center Foundation at 701 10th Street SE, Cedar Rapids, Iowa, 52403.

The family of Steve Schmidt created this Life Tributes page to make it easy to share your memories.

Send flowers to the Schmidt family.