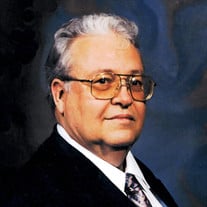 Steven LeRoy Mooney, 82, of Cedar Rapids, Iowa, died Saturday, July 24, 2021, at UnityPoint Transitional Care. Visitation will be held 9-10 a.m. Thursday, July 29, 2021, at Murdoch-Linwood Funeral Home & Cremation Service in Cedar Rapids where a funeral service will follow at 10 a.m. Interment with military honors will take place at Linwood Cemetery. A livestream of the funeral service may be accessed on the funeral home website tribute page for Steven under “photos and videos or media,” starting at 10:00 a.m. on Thursday, July 29, 2021. Steven was born April 7, 1939, in Ottumwa, Iowa, to parents James and Arlene (Summers) Mooney. After graduating Ottumwa High School, he enlisted in the Navy, where he proudly served from 1957 until his honorable discharge in 1979. While serving his country Steven went overseas to Vietnam and was awarded four good conduct awards. At the time of his discharge his rank was AQCS (Aviation Fire Control Technician Senior Chief Petty Officer). Steven went on to college at Virginia Beach Tidewater Community College. Steven was united in marriage to Sharon Marie Pierson on January 12, 1963, in Lancaster, Missouri; they were married 53 years until she passed away in 2016. Steven was united in marriage to Donna (Eivins) Plocher on August 11, 2017. He worked at General Mills until he retired in 2002. Steven loved to travel and tell stories. Family was incredibly important to him; he was a proud Papa. Steven was a generous soul, always willing to help. He will be deeply missed. Survivors include his wife, Donna; two sons, Chris (Linda) Mooney, and Lance (Chanda) Mooney; stepsons, Terry (Robyn) Plocher and Orrin (Cris) Plocher; grandchildren, Maria, Jodie, Lexi, and Jacob Mooney; step-grandchildren, Amber, Richie, Noah, Alex; sister, Bonnie (John) Wallace; and sister-in-law Sheryl Haines. He was preceded in death by his parents; James and Arlene (Summers) Mooney; two infant children; and his late wife Sharon. Memorials can be directed to Lovely Lane United Methodist Church or UnityPoint Hospice.

The family of Steven Mooney created this Life Tributes page to make it easy to share your memories.

Send flowers to the Mooney family.