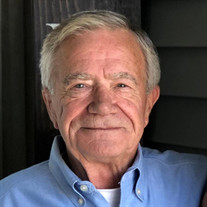 Tari Dean Dailey, 73, of Robins, Iowa, died Tuesday, February 16, 2021, at his home. Visitation: 4 – 7 p.m. on Thursday, February 25, 2021, at Murdoch-Linwood Funeral Home & Cremation Service in Cedar Rapids, Iowa. Funeral Service: 2 p.m. on Friday, February 26, 2021, at the funeral home. Burial: Linwood Cemetery, Cedar Rapids. All guests are respectfully requested to wear a mask and practice social distancing. A livestream of the funeral service may be accessed on the funeral home website tribute page for Tari, under “photos and videos or media,” starting at 2 p.m. on Friday, February 26, 2021. Tari was born January 15, 1948, in Cedar Rapids, Iowa, the son of Lance and Dorothy “Eileen” (Hartsock) Dailey. He graduated from Washington High School in 1966, and from Midland College in Fremont, Nebraska. Tari was an All American wrestler in high school and continued to wrestle in college. He even wrestled Dan Gable who noted Tari as one of his most admirable opponents on the mat. Tari’s passion for wrestling carried on as he coached and officiated meets and then later got down on the mat coaching his grandson, Azaryah. Tari worked for Boys Town, helping troubled youths, while in college. He moved his family back to Cedar Rapids to manage the family owned Christian Bookstore. He worked for Cedar Rapids Millworks before becoming a partner/owner for Ogden & Adams Lumber. After retirement, Tari was a devoted volunteer for the Cedar Valley Habitat for Humanity and became the director at ReStore in Cedar Rapids. He was on the Cedar Rapids Home Builders Association board and was the local president in 2006 and the state president in 2011. His exemplary service granted him distinct awards including Associate of the Year 2002, Remodeler of the Year 2003, David Ealy Volunteer of the Year 2005, and his induction to the Cedar Rapids Home Builders Association Hall of Fame in 2011. Tari’s love of God was instilled in him as a child. His parents helped form the Cedar Valley Bible Church in Cedar Rapids. He enjoyed fellowship at church and sharing his faith with others. Tari had a never-ending smile, a contagious laugh, and he was always a selfless giver to everyone. He was blessed with children from two previous marriages, but it was Linda (Bamsey) who he celebrated the last 21 years of marriage with and was the love of his life. He was so loved by his brothers, and for over 20 years he and his brothers gathered yearly for a “Dailey Brothers’ Reunion”. Tari made family a priority, whether it was vacations to Mexico, Sunday dinners, or just ordinary days. Tari’s love extended beyond family to his coworkers, motorcycle buddies, and friends. As quoted by a previous coworker, “He opened doors for so many people. He never had an unkind word. He was always smiling. He was always laughing. He was always helping. His eyes twinkled with character. He quietly moved mountains. He inspired. He supported. He believed. I’m fairly certain his heart was made of gold. He was my boss, my coworker, my friend.” We all were so blessed to have him in our lives and his legacy will live on. Survivors include his wife, Linda Dailey; children, Chad Dailey, Angie (Brian) Litts, Dawn (Daniel) Dietz, Michelle (Greg) Hutchinson, and Vaughn (Ruthann) Airy; grandchildren, Emma, Ellie, Alena, Azaryah, Hosanna, Selah, Delaney, Dalton, Lauren, and Kaitlyn; and brothers, Lance, Bari (Karen), Daniel (Joan), and Edward (Marty) Dailey. He was preceded in death by his parents, Lance and Eileen Dailey, his sister-in-law, Gerry Dailey, son-in-law, Jeff Tegeler, and most recently his best friend and wrestling buddy, Steve Riley. In lieu of flowers, memorials may be directed to the family, who will then distribute the funds to organizations near and dear to Tari. A memorial account has been established at F&M Bank, 4000 1st Avenue NE, Cedar Rapids, Iowa, 52402.

The family of Tari Dean Dailey created this Life Tributes page to make it easy to share your memories.

Send flowers to the Dailey family.