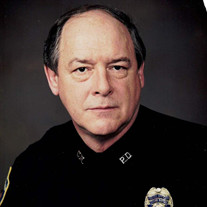 Ted Lawrence McLeod, 76, passed away at home surrounded by family on June 19, 2021. Ted’s request was to be cremated and his ashes be spread around the McLeod Cabin and 11th Crow Wing Lake in Minnesota. There will be a celebration of life held at a later date. Murdoch-Linwood Funeral Home & Cremation Service in Cedar Rapids, Iowa, is assisting the family. Ted was born on June 30, 1944, to parents Frank “Mac” McLeod and Jane Rall McLeod. Ted graduated from Marion “Indians” High School in 1962, where he competed in many sports and kept some lifelong friendships. After high school he attended North Iowa Junior College to play football and made many more lifelong friends. During Ted’s youth and teenage years he spent many summers in Akeley, Minnesota, on the shores of the 11th Crow Wing Lake. Ted’s parents were both teachers so in the summer the family: Mac, Jane, Karen, Ted, and Clark, would head to Minnesota in Mac’s homemade camper and set up at Akeley’s Municipal Camp Grounds. In 1959, Mac and Jane purchased a cabin on the lakefront of the 11th Crow Wing that was the start of family traditions and many great memories for story telling throughout all the years. The McLeod cabin has become very dear to Ted’s heart, especially over the last couple decades. He has spent many week long vacations with family and watching his children and grandchildren make their own memories at the lake. Words cannot describe how much Ted enjoyed his time up north, it was his happy place. Ted was a huge stock car fan and loved Hawkeye Downs. He loved it so much he teamed up with a local driver along with his crew and purchased a Sportsman car. The team was very successful. Ted would tell you, “we had the best driver and crew around!” and it’s true, they were. Thanks Tom, Skinny, and Joe! Ted married Diane Slaymaker on June 15, 1965; they later divorced. On April 21, 2012, Ted married his longtime partner Val Willis. Ted retired from the Cedar Rapids Police Department in June of 1999 after 31 years of service. During his time with the police department, Ted was awarded the Medal of Valor. Ted loved watching his grandchildren compete in wrestling and cherished the time spent with all of them. He was also a big fan of touring small towns in Northern Minnesota, taking his chance hitting it big on pull tabs. He was an avid fan of NASCAR, the Hawkeyes or Cyclones (whoever was on TV), and the Minnesota Vikings. He is survived by his wife, Val McLeod; son, Brian (Karri) McLeod; daughter, Summer Riley; step-children, Shawn Willis, Nichole (Shane) Lindaman, Natalie (Jon) Stark; brother, Clark (Mary) McLeod; grandchildren, Austin and Jake McLeod, Nolan and Brock Hromidko, and Rylee Simpson, Mason and Austin Bond, Matthew and Emilee Lindaman, Nicholas, Courtney, and Kiya Willis, Alissa and Lakota Bear Killer, King Braxton Sykora, and Phoenix Riley; great-granddaughter, Spirit Bear Killer; nephew, Aaron (Tracy) McLeod; nieces, Tammy (Mark) Berg, Angie (Brian) Lee, and Holly (John) Gilliland. He was preceded in death by his parents; and sister and brother-in-law, Karen and David Lindberg. The family would like to thank the staff at the Dennis & Donna Oldorf Hospice House of Mercy for their terrific care while Ted was there. We would also like to thank great family friend, Pastor Rick Gail, for being by Ted’s side during this difficult time and giving our family spiritual guidance. Memorials may be directed to the Dennis & Donna Oldorf Hospice House of Mercy.

Ted Lawrence McLeod, 76, passed away at home surrounded by family on June 19, 2021. Ted&#8217;s request was to be cremated and his ashes be spread around the McLeod Cabin and 11th Crow Wing Lake in Minnesota. There will be a celebration of life... View Obituary & Service Information

The family of Ted Lawrence McLeod created this Life Tributes page to make it easy to share your memories.

Ted Lawrence McLeod, 76, passed away at home surrounded by family...

Send flowers to the McLeod family.