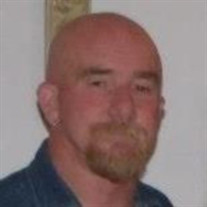 Terry L. Jones, 68, of Cedar Rapids, Iowa, died Thursday, September 30, 2021. Per Terry’s wishes there will be no services. Murdoch-Linwood Funeral Home & Cremation Service in Cedar Rapids is assisting the family. Terry had a deep love for music, spending many years playing in the band, “The Cruisers.” He had many friends, and especially enjoyed his lifelong best friend, Ronnie Crippen, as well as good friends, Frank Cox and Larry Gabrielson. He loved teasing people and playing with his grandkids. To say he loved “critters” would be an understatement. Most recently he enjoyed his beloved four dogs and two cats. If you saw a man coming up the walk with that certain “shuffle”, you knew that was Terry. He also loved to wheel, deal, and trade. Terry is survived by his sister, Sue Jones; children, Chad of Georgia, Jeremy (Shilo), Candy (Dave), and Travis (Felicia), all of Cedar Rapids; 13 grandchildren; five great-grandchildren with one on the way; and many nieces, nephews, and cousins. Terry was preceded in death by his parents, Dennis and Betty Jones; brothers, Buddy and Brad Jones; sister-in-law, Nancy Jones; nephew, Shawn Jones; and grandson, Cory. Condolences may be directed to the family at 1211 33rd Street NE, Cedar Rapids, Iowa, 52402.

The family of Terry L. Jones created this Life Tributes page to make it easy to share your memories.