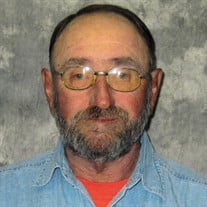 Terry Ray Wells, 69, of Davenport, Iowa, passed away on Monday, May 30, 2022, at his home. Visitation will be held from 5 to 7 p.m. on Friday, June 17, 2022, at the Runge Mortuary, at 838 E Kimberly Road, Davenport, Iowa. Funeral service will be held at 10:30 a.m. on Saturday, June 18, 2022, at Murdoch Funeral Home & Cremation Service in Marion, Iowa, with additional visitation prior to the service starting at 9 a.m. Chaplain Doug Shook of Ridgecrest Village of Davenport, Iowa officiating. Burial will follow at Springville Cemetery in Springville, Iowa. Terry was born on December 22, 1952, in Cedar Rapids, Iowa, the son of Jason and Mildred Wells. He was a 1971 graduate of Kennedy High School in Cedar Rapids. On June 2, 1973, Terry was united in marriage to Christine Shaffer in Cedar Rapids. He worked for UPS for several years before starting at the City of Bettendorf in the sanitation and sewer department for 35 years until his retirement in 2012. Terry enjoyed fishing, golfing, hunting, and bowling. Terry will be greatly missed by all who knew and loved him. Terry is survived and lovingly remembered by his wife of 50 years, Christine Wells; children, Julie (Bryan) Wilkerson and Michael (Joanna) Wells; six grandchildren; three great-grandchildren; brothers, Gary Wells and Jerry (Kelley); and nieces and nephews. He was preceded in death by his parents Jason and Mildred; and brother, Richard Wells. In lieu of flowers memorials in Terry’s memory may be directed to the family.

The family of Terry Ray Wells created this Life Tributes page to make it easy to share your memories.

Send flowers to the Wells family.