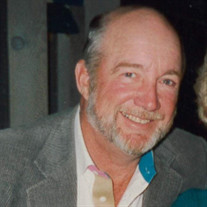 As we all sat together to write Dad’s obituary, we realized we could write a 500-page book! How do we condense his life into a one-page obituary? There is no way possible! Waldo created A Legacy! His Morris Family Dynasty! Waldo Morris, 84, of Marion, Iowa passed away peacefully in his home on Christmas Eve, 2020, surrounded by his family after suffering a severe stroke. Due to COVID-19 restrictions, a private funeral service will be held at Murdoch Funeral Home in Marion, and burial at Cedar Memorial Park Cemetery in Cedar Rapids, Iowa, on Wednesday, December 30, 2020. Dad always loved a big party, so at a later date we will have a celebration of life at Waldo’s Rock Park in Marion. Waldo was born June 7, 1936, in Cedar Rapids, Iowa, the son of Lee and Alma (Plistil) Morris. Waldo married the love of his life, Charlotte Nieland, on June 28, 1958, at the Little Brown Church in Nashua, Iowa. Waldo is survived by his three children, Jon (Peg) Morris of Springville, Vicky (Duane) Hanus of Traer and Nancy (Brad) Mowry of Marion; nine grandchildren, Jared (Heather) Morris, Lindsay (Andy) Duggan, Kelsey (Justin) Jorgensen, Wyatt (Brittany) Hanus, Troy Hanus, Brinkley Braden, Chaz (Dani) Braden, Shelby (Jordan) Schott, and Colton (Heather) Mowry; eleven great-grandchildren; companion, Ann Fleckenstein; brother, Gene (Mary) Morris; sister, Diane Morris; and beloved dog, William (aka Buddy). He was preceded in death by his wife of 51 years, Charlotte Morris; his son, Greg Morris; his parents, Lee and Alma; and his brother, Darold Morris. Waldo graduated from Franklin High School in Cedar Rapids, Iowa. Right out of high school he started a tree trimming business with his brother. In 1958, Waldo founded Morris & Co., Inc. The company originally placed underground conduit and cables for Northwestern Bell Company. In 1969, he constructed his first rural water project in Platte County, Missouri. Since then, Morris & Co., Inc. has constructed and built over 40,000 miles of rural water distribution systems as well as over 10,000 miles of fiber optic cable throughout the United States. As time ensued he specialized in horizontal directional drilling, becoming a legend in the underground construction business. While driving to all his jobsites over the years, he loved singing country songs and even wrote a song: “A Horse Named Chevrolet.” Waldo decided to obtain his pilot’s license so he could fly his Cessna 182 to get to the jobsites faster. In July 2015, Waldo donated land to the City of Marion to create a community park, Waldo’s Rock Park, off Partners Avenue in Marion. If you looked in the dictionary under entrepreneur, Waldo’s name would be listed. He was “only” working part-time (12 hour days, as he would always say) up until the day he had his stroke at the beginning of December 2020. Waldo was a true outdoorsman, was a member of Pheasants Forever, and loved traveling with his family and friends. His travels took him all over the world. He never missed an opportunity to spend time with his children, grandchildren or great-grandchildren, whether it was fishing, hunting, golfing or cheering at their sporting events. Waldo had many chapters in his life and many achievements, yet he remained humble in his demeanor - always a gentleman. Waldo was loved by everyone and idolized by many. With heavy hearts, we say goodbye to The Great Waldo Morris. Dad never missed a Christmas morning with his family, and this year he chose to spend it with Charlotte and Greg in heaven. Dad, we thank you for an amazing life and we will miss you like crazy. Love, Your Family. In lieu of flowers, a memorial fund has been established in Waldo’s name at Wells Fargo Bank, 340 7th Avenue, Marion, Iowa, 52302. Memorials will be dedicated for future projects at Waldo’s Rock Park.

As we all sat together to write Dad&#8217;s obituary, we realized we could write a 500-page book! How do we condense his life into a one-page obituary? There is no way possible! Waldo created A Legacy! His Morris Family Dynasty! Waldo Morris,... View Obituary & Service Information

The family of Waldo Ivan Morris created this Life Tributes page to make it easy to share your memories.

As we all sat together to write Dad’s obituary, we realized we...

Send flowers to the Morris family.