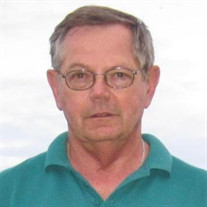 Wayne Edward Columbus, 74, of Dysart, Iowa, formerly of Center Point, Iowa, died Wednesday, January 20, 2021, at his home surrounded by his family. Visitation: 10 a.m. – 1 p.m. on Tuesday, January 26, 2021, at Murdoch Funeral Home & Cremation Service in Center Point. Private family funeral services will be held. All guests are respectfully requested to wear a mask and practice social distancing. A livestream of the funeral service may be accessed on the funeral home website tribute page for Wayne, under “photos and videos or media,” starting at 1:30 p.m. on Tuesday, January 26, 2021. Wayne Edward Columbus entered this world on January 20, 1947, in Minneapolis, Minnesota to the proud parents, Don and Mary Columbus. Much to his dismay, over the next 18 years, Wayne became a big brother to 8 siblings, the youngest being born the day he graduated from high school, June 10 1965, in Coon Rapids, Minnesota. After his “two year government funded vacation in Vietnam” with the US Army, Wayne returned home and met his future bride. He married Sharon Anne Brunk on January 30, 1970, in St. Louis, Missouri. After exploring different types of jobs, Wayne became a safety engineer in the industrial construction industry, a job that led him to travel the states and fall in love with the state of Wyoming. When he couldn’t take Sharon and their two daughters with him, Wayne was accompanied on his travels by his beloved Black Labs. Throughout the years Wayne served with several fire departments, both paid and unpaid. He and Sharon were two of the founding members of the Millersburg, Missouri Volunteer Department, and Wayne was always quick to proudly state that as a Lieutenant in the department, Sharon outranked him! He eventually retired from the Center Point Iowa Volunteer Fire Department. Wayne loved nothing more than time with family, telling a good story, fishing, canoeing, exploring the mountains of Wyoming, tending his vegetable garden, woodworking, and getting into trouble with his grandsons. He was constantly trying to convince his family he was “sweet, cute, and loveable,” admonishing them for “burning daylight” at 5 AM, and torturing them with his off-key rendition of “White Christmas” throughout the entire year. Wayne’s closest family: his wife Sharon, daughters Jean (Dan) Lindsey, Laura (Joe Fahrner) Columbus, and grandsons Dustin (Ashton) Lindsey and Blake Lindsey will forever miss being woken up on their birthdays by Wayne calling to sing them Happy Birthday. Wayne will be greeted in Heaven by his Dad and Mom, Don and Mary Columbus; his nephew, Lee Schultz; and his three beloved Labs, Joe, Pete, and Mike. The family wishes to express their gratitude to Cedar Valley Hospice with special thanks to Rebecca, Jeanie, Wendy, and Heather for their care and compassion through this difficult journey. In lieu of flowers, memorials may be directed to Cedar Valley Hospice.

The family of Wayne Edward Columbus created this Life Tributes page to make it easy to share your memories.

Send flowers to the Columbus family.