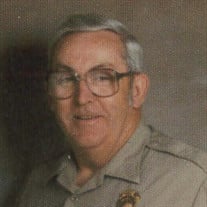 William “Bill” Harley Beebe, 88, of Anamosa, Iowa, passed away on Monday, May 31, 2021, at the Anamosa Care Center. The family will greet friends from 9:00 – 10:30 a.m. on Saturday, June 5, 2021, at United Church of Christ Church in Central City, Iowa. A Funeral Service will begin at 10:30 a.m. on Saturday at the church conducted by Pastor Vicki Engelmann. Burial will take place at Mt. Clark Cemetery, Central City. Bill was born on January 18, 1933, in Central City, the son of Alva and Velma (Fuller) Beebe. He graduated from Central City High School. Bill served in the United States Army during the Korean War. On August 14, 1953, at the Prairie Chapel in Marion, he was united in marriage to Shirley Batcheler. Bill was a game warden for the Iowa Department of Natural Resources. He was a Ham Radio operator with the call sign, NØSFJ and was a charter captain in Minnesota. Bill loved the outdoors and national parks. He enjoyed hunting, fishing and camping. He is survived and lovingly remembered by his daughter, Sandra (Victor) Liegl; two sons, Robert (Donna) Beebe and Calvin (Linda) Beebe; eight grandchildren; 16 great-grandchildren; and two brothers, Duwayne (Vicki) Beebe of Mesa, Arizona and Donald (Daisy) Beebe of Marion, Iowa. Bill was preceded in death by his parents; and wife, Shirley in February of 2008. Memorials in Bill’s memory may be directed to his family.

The family of William "Bill" Harley Beebe created this Life Tributes page to make it easy to share your memories.

Send flowers to the Beebe family.