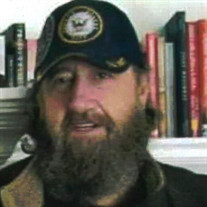 William “Bill” Henry Smith, 64, of Cedar Rapids, Iowa, passed away Monday, February 28, 2022, at The University of Iowa Hospital in Iowa City. Visitation will be from 5 – 6 p.m. Thursday, March 10, 2022, at Murdoch-Linwood Funeral Home & Cremation Service, Cedar Rapids with a Memorial Service to immediately follow at 6 p.m. at the funeral home. A livestream of the funeral service may be accessed on the funeral home website tribute page for Bill, under “photos and videos,” starting at 6 p.m. on Thursday, March 10. Entombment will take place at a later date at Linwood Cemetery Mausoleum in Cedar Rapids. Bill was born on February 19, 1958, the son of Leroy and Annie (Hatter) Smith. He went to Jefferson High School and then served his country honorably in the United States Navy from 1977 – 1981. Bill worked at Quaker Oats as a fork truck driver until his retirement in 2014. He loved the outdoors and enjoyed fishing. You could also find him at home in his easy rocking chair listening to music, playing his guitar or watching an old western. Bill had a big heart that showed when he would lend a helping hand or entertain friends. Survivors include his children, Jason Shook of Marion, Iowa and Jessica (Beau) Tiernan of Cedar Rapids; grandchildren, Noah and Makenzie Shook and Stanley and Charles Tiernan; siblings, Jeanne (Mike) Gray of Santee, California, Janet (Alan) Thatcher of Marion, Donna (Randy) Nelson of Milpitas, California, and Rose Adams of Marion; many nieces, nephews, great-nieces and great-nephews; and his beloved dogs, Milo, Ollie and Scruffy. He was preceded in death by his wife, Terry; parents, Leroy and Annie; and brothers, Raymond Ash and LeRoy Witham.

The family of William 'Bill' Henry Smith created this Life Tributes page to make it easy to share your memories.