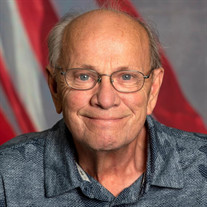 Donald “Don” Duane Naaktgeboren, 73, of Marion, Iowa, passed away unexpectedly on Monday, November 8, 2021, at St. Luke’s Hospital in Cedar Rapids, Iowa. In accordance with his wishes, cremation has taken place. Family will greet friends and family from 4:00 to 6:00 p.m. on Monday, November 15, 2021, at Murdoch Funeral Home & Cremation Service in Marion. A memorial service will follow at 6:00 p.m. on Monday, at the funeral home, with Reverend Jon Haack officiating. Committal services with military honors will be held at 11:00 a.m. on Wednesday, November 17, 2021, at Garnavillo Cemetery in Garnavillo, Iowa. Don was born on November 5, 1948, in Cedar Rapids, one of five children to Cornelius John and Clara (Goemaat) Naaktgeboren. He served honorably in the United States Army during the Vietnam War, from 1966 to 1968. Don was united in marriage to Dawn R. Kiefer in 1967. To this union, two children were born, Mark and Kimberly “Kim”. They later divorced. He was a machinist for Kwik Way, Universal and retired from Sadler Machine on October 31, 2018. He was a member of the Fraternal Order of Eagles for many years and a former member of the Marion American Legion Post 298. Don was very fortunate to participate in an Honor Flight in September of 2021, accompanied by his daughter. He was an avid bowler and enjoyed golfing. Don loved reading, listening to the radio, and watching sports all at the same time, especially the Iowa Hawkeyes. He also enjoyed gardening in his later years and being outdoors. Don and Debbie enjoyed traveling all over to destinations for planned and spontaneous vacations. He will be greatly missed by all who knew and loved him. Don is survived and lovingly remembered by his loving companion with whom he shared a home, Deborah “Debbie” Sadewasser of Marion; son, Mark (Kimberly) Naaktgeboren of Cedar Rapids; daughter, Kim (Scott) Melsha of Palo, Iowa; their mother, Dawn Hilleshiem of Center Point; four grandchildren, Kristiann Blackwolf, Brendan Erickson, Hunter Erickson, and Nolyn Melsha; two great-grandchildren, Kaysen and Kingston Blackwolf; sister, Betty Panek of Fairfax, Iowa; one brother, Dennis Naaktgeboren; and a host of extended family members including several nieces, nephews, Debbie’s mother, Violet “Vi” Sadewasser, and the Sadewasser family. He was preceded in death by his parents; two brothers, Cornelius John Naaktgeboren, Jr. and Robert Naaktgeboren; brother-in-law, Jim Panek; and sister-in-law, Ruth Naaktgeboren. In lieu of flowers, memorials in Don’s memory may be directed to the family, to be designated later.

The family of Donald "Don" Duane Naaktgeboren created this Life Tributes page to make it easy to share your memories.

Send flowers to the Naaktgeboren family.