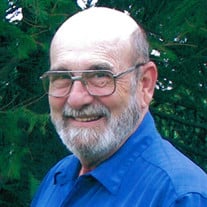 James “Jim” Andrew Wheeler, 83, of Hiawatha, Iowa, passed away on Saturday, March 19, 2022, at his home in Hiawatha. Visitation will be held from 4 to 7 p.m. on Wednesday, March 23, 2022, at Murdoch Funeral Home & Cremation Service in Marion, Iowa. A funeral service will be held at 10:30 on Thursday, March 24, 2022, at the funeral home, with an additional visitation an hour prior to funeral service. Burial to follow at Shiloh Cemetery with full military honors accorded by the Marine Corps League and the US Marine Corps Honors Detail. Jim was born on August 16, 1938, in Cedar Rapids, Iowa, the son of Andrew “Bud” and Ethel (Gatenbien) Wheeler. He was a 1956 graduate of Marion High School in Marion, Iowa, and went on to serve honorably in the United States Marine Corps. On July 14, 1957, Jim was united in marriage to Edith “Edie” M. Cook at the Little Brown Church in Nashua, Iowa. He began his career as a printer’s devil with his father and worked at Rockwell Collins for 33 years until retiring in 1996. Jim was an avid bowler and was a member of the Cedar Rapids Bowling Association, received his ring for bowling a 299 on 2/14/1990. He was recognized for 35 consecutive years of participation in the United States Bowling Congress open championships, presented in 2016 in Reno, Nevada at the national bowling stadium. Jim received the Frank J. Stanek award in 2010 - 2011 and was inducted into the Cedar Rapids Bowling Hall of Fame on October 23, 2011. He enjoyed spending his time hunting, blade sharpening, fishing, wood working, and spending time with his family. Jim will be greatly missed by all who knew and loved him. Jim is survived and lovingly remembered by his children, Rob Wheeler of Wisconsin, Rick (Barb) Wheeler of Michigan, and Renee (Andy) Koopman of Iowa; two grandchildren, Tim (Mallory) and Erin (Dillon); two great-grandchildren, Willow and Emmett; and three sisters-in-law, Donna Wheeler of Iowa, Luralea Wheeler of Oregon, and Joyce Cook of Minnesota. He was preceded in death by his parents; wife, Edie; one sister, Jan Wheeler; two brothers, Robert “Bob” Wheeler and Richard “Dick” Wheeler; and two brothers-in-laws, Robert “Bob” Cook and Norman “Norm” Cook. In lieu of flowers, memorials may be directed to the Cedar Rapids Bowling Association or Hiawatha Fire Department.

The family of James Andrew Wheeler created this Life Tributes page to make it easy to share your memories.

Send flowers to the Wheeler family.